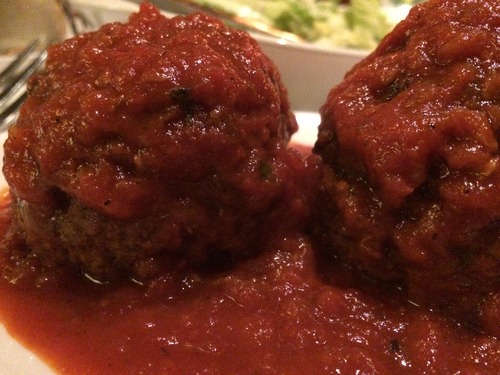 The Toughest Table Comes to LA 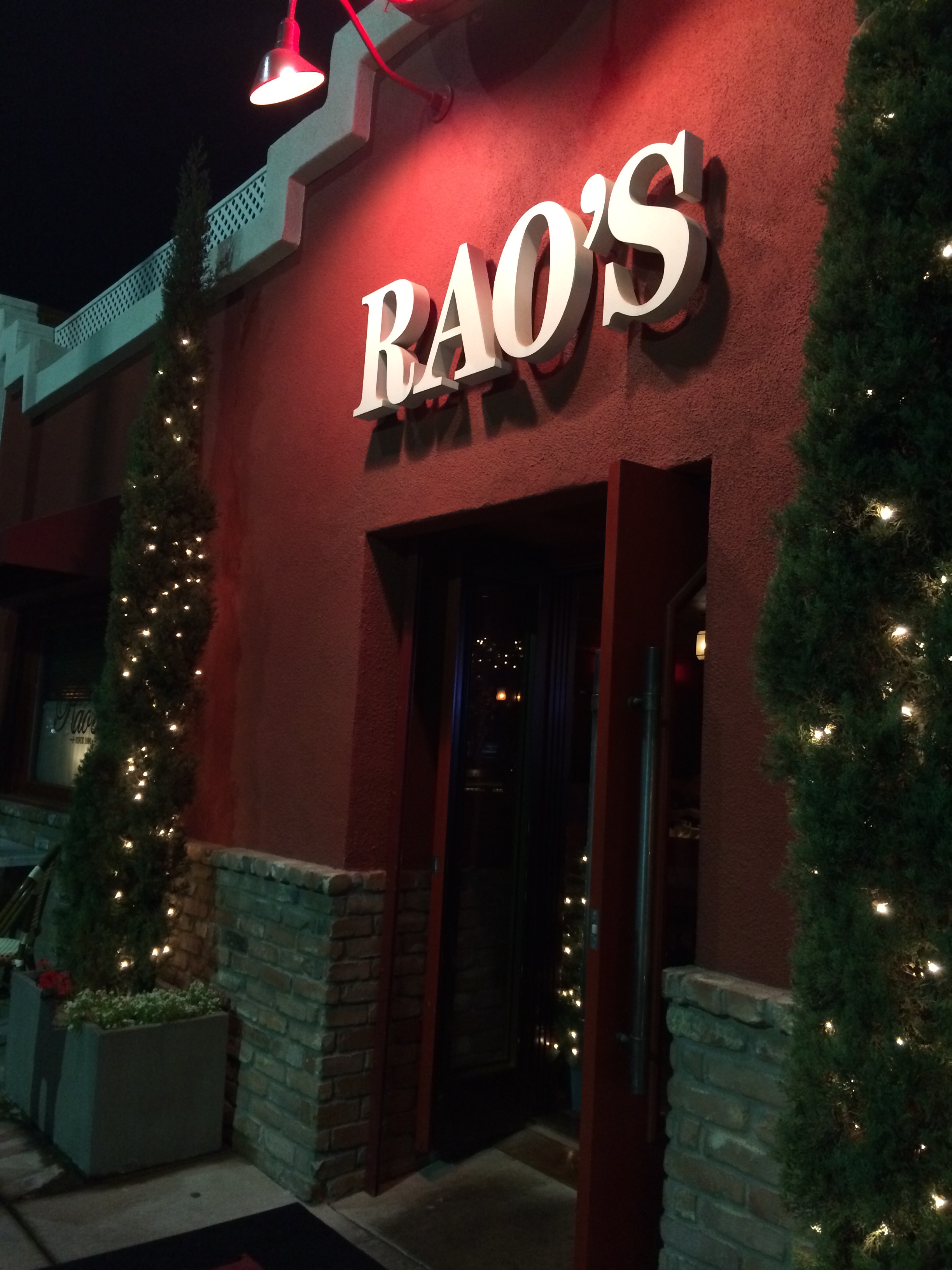 Rao’s Restaurant has been open in Harlem, New York for 118 years. Just stop and think about that- could you imagine if those walls could talk?

Cut to a conversation with a very powerful man and group of friends’ years ago while visiting in New York City. The Italian powerhouse proceeded to invite us all to dine at his personal table at Rao’s. No one could understand why this was such a big deal, and worth the drive from East Village to East Harlem. The robust Italian millionaire says- “They only have one seating a night, and only a lucky few have the privilege to eat there once in their lives”… Did we all go? Unfortunately not, as I kick myself today just thinking about the kind offer.

The hardest reservation in the country is what people say about Raos’s restaurant. They have been serving excellent Italian cuisine to their patrons since 1896. Rao’s has built its’ reputation with having impossible reservations. Politian’s, celebrities of the highest caliber, and the crème de la crème of New York cannot sit at a table if they wanted to. As the New York Times put it- not even tabloid-worthy lineup of organized crime figures could get an accessible reservation on any given night. Rao’s New York, tiny in size, hidden in East Harlem, but is that place that understands tradition, exclusivity at best, and patron loyalty.

Started by Charles Rao and passed down within the family over generations- today Frank Pellegrino Jr. and Ron Straci run all locations. Opening seven years ago- Rao’s expanded west with a location in Cesar’s Palace Las Vegas, which boasts an exact replica of the main dining room of Rao’s New York.

The Rao’s in Los Angeles opened up in September of 2013, and is located in South Hollywood at 1006 Seward St. In an area that is known for film, digital, and set production studios – Rao’s is nestled into what was once Hollywood Canteen. Red décor, Christmas Lights, a Jukebox, and dark wood installations makeup the interiors. The front room is also a duplicate of the main dining room originated from New York’s Rao’s. Here is where most can do their spotting! The mid-section of the venue is called the chefs section, where patrons can watch Sous Chef J. Palermo perform his magic from Executive Chef Nicole Grimes. Lastly, there is an outdoor dining patio that can entertain many of the Hollywood events that poor into the Italian joint.

Now LA Weekly gave Rao’s a 1 star, and we understand that the prices of this heritage hotspot may on the high side, with their over exposed cook books at the front door, and their retail shop of special sauces online, but Rao’s- is what it is, because “ it is what it is”, and we think it is worth the price tag. 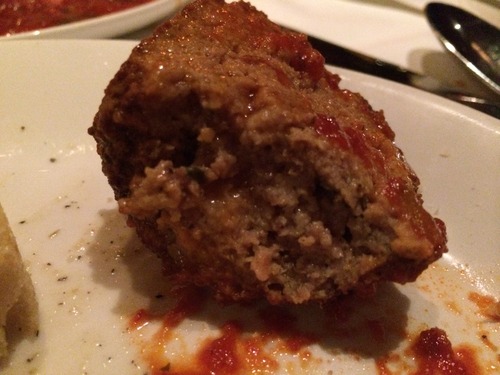 I was driving to Napa for the fourth of July, and live not far from Rao’s Los Angeles, and its’ outside presentation reminded me of a BBQ spot from all the red and gold, mind you driving 35mph down Seward you cannot get the venue’s cuisine by rushing past it. After learning it was an Italian restaurant- I dined there on a Friday night. We walked in with no reservation, and placed in the chef section. The first thing that made me immediately love the restaurant was their head waiter- Mark. Mark had told us about the menu sitting in an adjacent chair at our 4 top. He was sweet, approachable, energetic, animated, but most importantly in love with where he worked. For that, I loved the joint, and was already enticed to know what the menu would present. My first taste was a $16 Pinot Noir, which I cannot remember the name, but remember was rich, buttery-very buttery if you can believe that. Either way- normally I inspect wine glasses for left over lipstick marks, and dirt to send back for a cleaner glass of wine to make sure I am not tasting soap suds. Here I took a sip after a quick inspect and had not a complaint. Mark returned telling me that the lemon chicken, meatballs, and penne al vodka were a must if we had to try anything. So we ordered Caesar Salad, meatballs, penne al vodka, and the spaghetti Bolognese. The Caesar and meatballs opened up the dinner. I took one bite of these baseball looking meatballs layered with so much sauce- and looked at my dinner date. We both had a blank stare, and both looked over to the kitchen in amazement. I have to say- ya never anything like it. My first thought was extra breadcrumbs, and then I was not sure. Was there a mixture of meat here? What was it- was it the sauce? – I pulled Mark at his trousers as he was helping other customers; and he knew. He said- “Hold on”- he brought me over Chef Palermo- bursting with joy, he said- “Ya I know”. I had not tasted a meatball this juicy, tasty, and filled with flavor ever! The Penne Ala Vodka killed the Bolognese, and I think this is because they made the sauce with prosciutto. 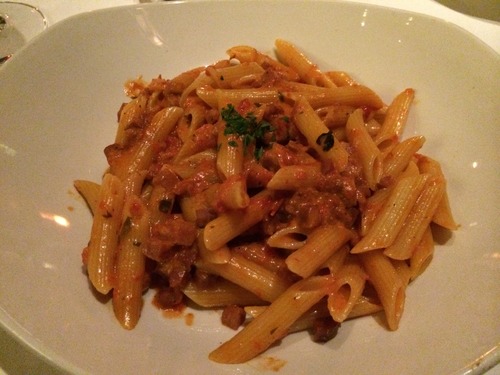 During our meal General Manager Patrick Hickey walked over to greet us with “Captain” Lou Farber. Captain of the bar and front house that is- together this duo explained the menu and history to us at length. I was in love- Rao’s hospitality; comfort, tradition, and good food come to anyone who just walks in with ease to the Los Angeles location. I think this place is a hidden gem, and in our opinion certainly will give New York a run for its’ money- NOT for the one seating table exclusivity, but for that AND its great understanding that those who work their appreciate what has come to NOW, and what they will give their patrons who have never had the privilege to be able to sit at those coveted tables for more than a hundred years standing.

Thank you Rao Family for sharing your tradition to the west coast! 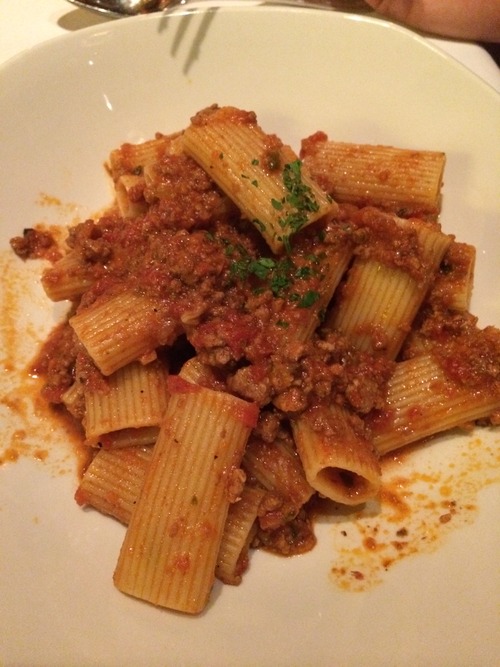 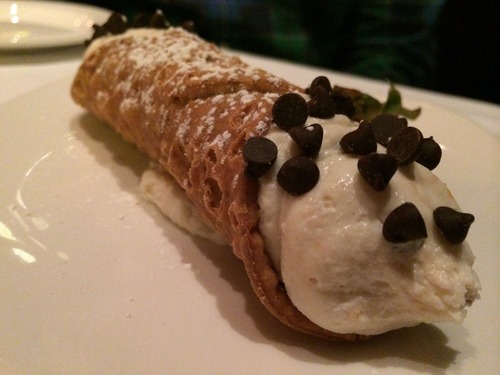