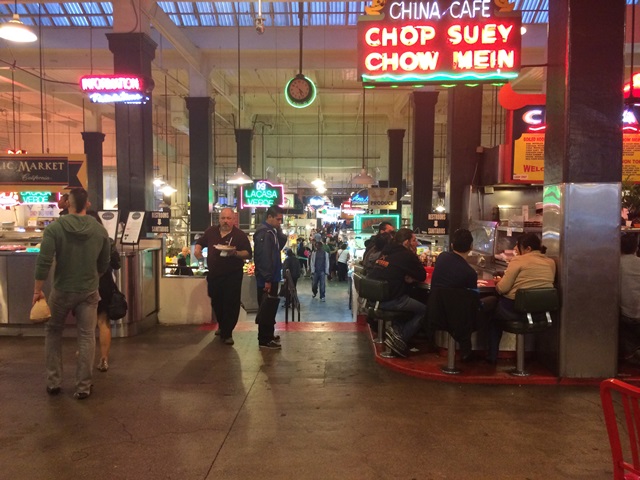 I am obsessed with the period of American history from the 1920s through the 1940s. I often feel that they quality of those years were enriched by the American Forward Movement which effected all aspects of lifestyle. I often feel that there will never be anything comparable. The architecture, fashion, and over all culture was rich with class and quality. I have stumbled around many beautiful buildings in Los Angeles that were built during that period, and find it very depressing that today those who live in Los Angeles often de-value property, buildings, and historical landmarks that once made up this magnificent era and replace them with homogenized buildings with absolutely no character. Grand Central Theatre and Market are some of those beautiful historic landmarks that have withstood the test of time in Los Angeles, and preserved the city’s beauty and functionality. Grand Central Market is perfect, and if you live in the Los Angeles area and you have never been, well you are missing out. To many Grand Central Market is just a historic as the Hollywood sign and a place your are much more likely to frequent.

Grand Central Market opened in 1917 and has been in continuous operation since. For those counting at home that’s almost a hundred years ago, when Broadway was the principal commercial and entertainment corridor of downtown Los Angeles. Bunker Hill, to the west, was covered with stately Victorian mansions, and the area’s stylish residents rode down on Angels Flight to shop for groceries in the Market’s open air arcade.The Market has always reflected the changing population of downtown, and in the 1920s the ninety-plus vendors included multiple green grocers, fishmongers, Jewish delis, and butchers, as well as stalls for dry goods, baked goods, flowers, coffee, cheese, notions—and even one vendor who sold nothing but eggs. DTLA has been evolving ever since, and the Market has continued to evolve with it. In 1984, downtown visionary Ira Yellin, a successful developer with an academic interest in urban planning and historical preservation, bought Grand Central Market and adjacent properties including the Million Dollar Theater, as well as the landmark Bradbury Building across the street. Ira passed away in 2002, but today Adele Yellin continues to champion his vision that a dynamic city needs a vibrant downtown. 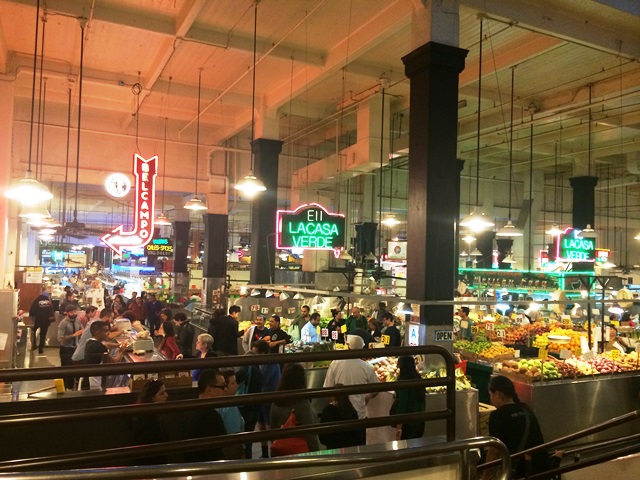 Grand Central Markets is a great food destination and a historic landmark all wrapped in one. Its also a functional market for those who need grocery essentials, it serves many in the DTLA community as their local market. Vendors include:

If  rather than grocery shopping, you are coming to Grand Central Market to fill your belly, then you have also come to the right spot. The best part is that no one will leave GCM unsatisfied. There’s literally something for everyone, even the pickiest eaters will find something they love. The melting pot of cultural cuisine is a bit overwhelming so you will definitely have to narrow it down to one or two things to choose as your meal. 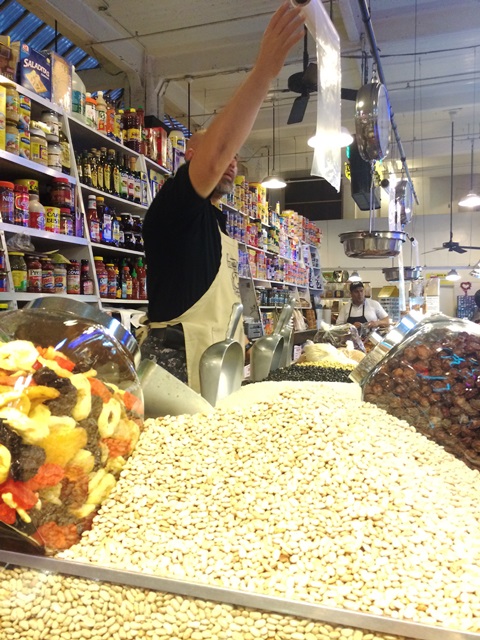 Here is full a list of the wonderful attractions for prepared food at Grand Central Market, but below that is the list of places Food Flaunt favors. 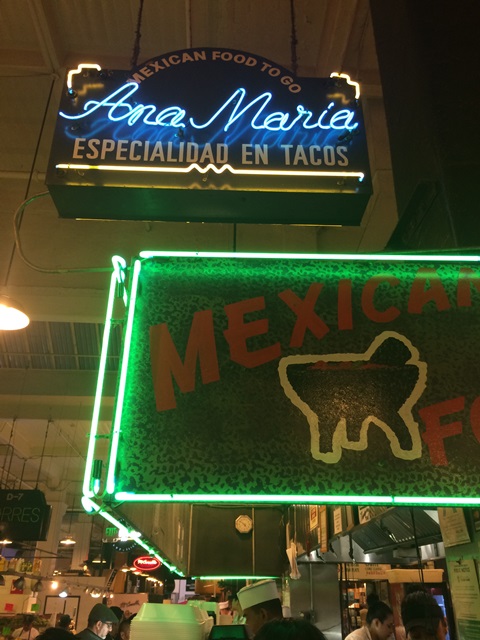 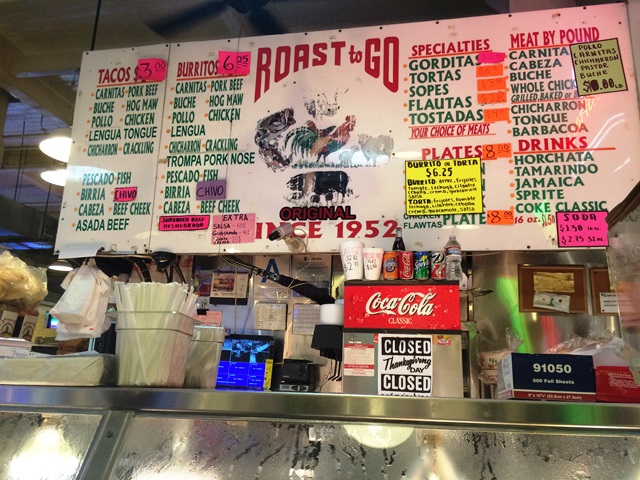 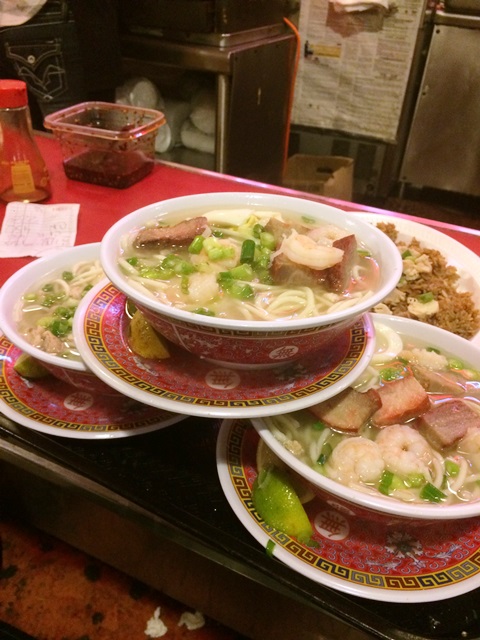