By JenMay 23, 2015Drink It Up!, Food Flaunt Travels, Reviews
No Comments 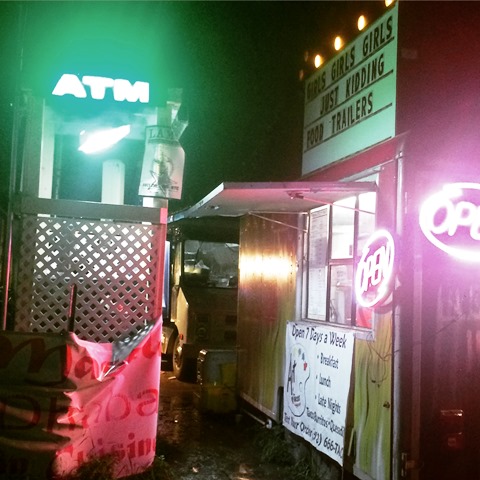 I had been threatening to go to Austin for the last three years so last month I finally mustered up the nerve to go and explore the city during South by Southwest. SXSW, the Interactive, Film, and Music conference first started in 1987 and has been going strong ever since. The astonishing growth of Austin, Texas is a bit mind- blowing, it’s been one of the fastest growing cities in America for the last decade. In fact according to the Austin Chamber of commerce 110 new people move to Austin every single day. Just in the past year over 30 high-rises have been designed and constructed. In Austin if you build they will come…. and with everyone else comes more foodies and great places to eat.

Austin is the new millennial city with much promise for the work force. More and more, grads of UT are staying in Austin and buying into the high-rise lifestyle and it’s easy to understand why with new establishments popping up on every corner.  But with new growth comes change.  I had an uber driver pick me up in her brown Ford pickup truck and upon request she drove me to all her favorite places in Austin.  She was in her sixties and had been born and raised in Dallas Texas. ”I was born in the 50’s” she said,  “but y’all would not believe how different it was then to now”. When those who are not from Texas, think of Texas, it is BBQ, Line Dancing, and cowboys. Well she drove me to the Broken Spoke- the oldest country dance hall in Austin. She mentioned that the city was going to tear it down but the owner and town fought for its existence. The Broken Spoke has some of the best honky tonk dancing and ribs I have ever had in my life. 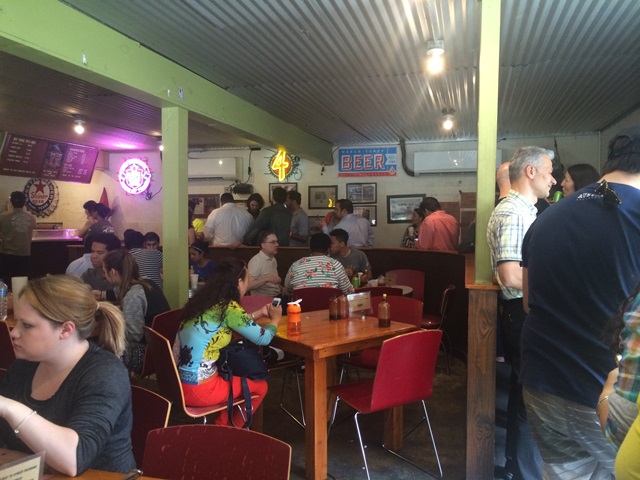 My first day in Austin I stayed at my friends house west of downtown, she lived in an area that was becoming restored and trendy, with those cute coffee shops with a stage for locals to play music, or the eateries with outdoor lighting and picnic tables for all to enjoy beer and BBQ. The area still looked a bit unsafe to me but my cab driver told me- “this may be the safest area so far in Austin” so who am I to argue with that.  I asked him to wait for me while I placed my luggage inside. He waited patiently, and took me to 11th. Dressed in jeans and a white shirt- I stumbled upon Franklins BBQ. OK let’s pause right here- If you have seen the movie Chef you will remember the scene when they travel to Austin for BBQ for their food truck .They stop here at Franklins for brisket. This place is known for selling out of their smoked meats practically as soon as they open up their doors. On Yelp you see numerous reviews of people saying they plant their lawn chairs in front, with beers in hand, wait for the doors to open, and pray there is enough of this good good for all. So I stumble upon this as it was set to be in my itinerary at one point during this trip and there was no line! I was so scared it was closed; something had to have been wrong. But no- I just got lucky. I entered the building and found the line, I waited patiently for 45 minutes to get to the front and have a butcher carve me some lean beef brisket. I ordered the sausage link, side of potato salad, and slaw. I wanted everything, but seeing that they serve by the pound- I would have not made it out of Franklins. Homemade sauces of all levels sat on the table- I was ready to eat and in heaven at this traditional BBQ landmark. Communal tables grace the interiors, and a patio outside. I poured every sauce flavor onto my tray and started to eat. I have never had brisket like this, let alone meat like this ever in my life. There are just no words to explain it. The meat falling off my knife was one thing, but the Smokey flavor and spices was another. The link was good, but the slaw was perfect. A family next to me asked me if I was from out of town- shoving everything all at once in my mouth I answered “is it that obvious?” The wife- Essie said, “Well you are wearing a white blouse to Franklins”. I laughed; they have now become friends of mine. 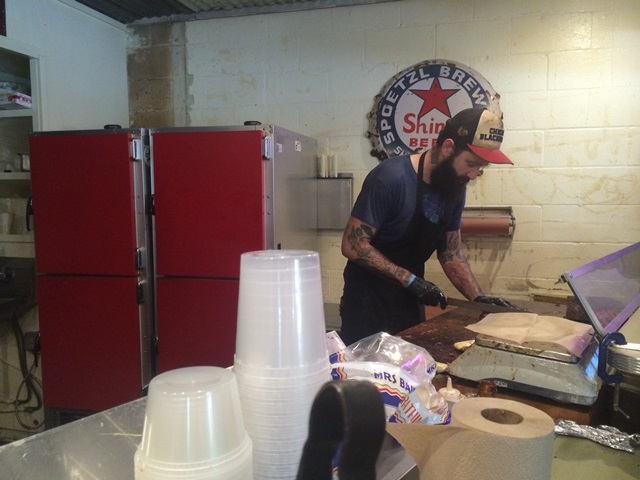 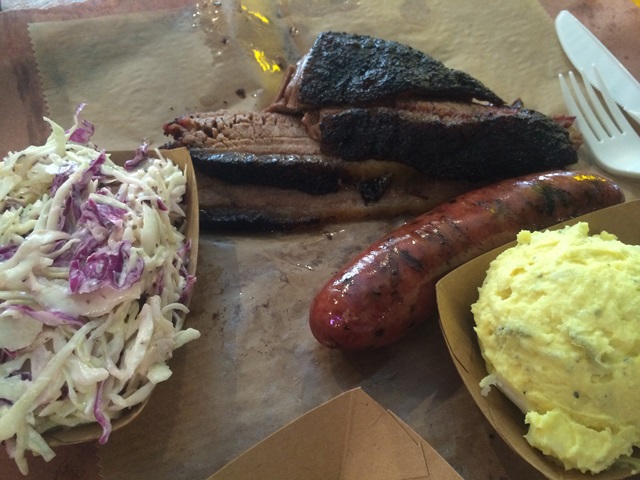 After Franklins I decided to walk off my brisket and headed to 6th Street for some SXSW observations.  Literally from 11th St. to 5th street there are bars, pubs, eateries side by side from Red Rock to Congress Street. Young music fans line up outside of speaker blaring SXSW events. I found myself at Easy Tiger the cutest beer garden I had stepped into since being in Germany. 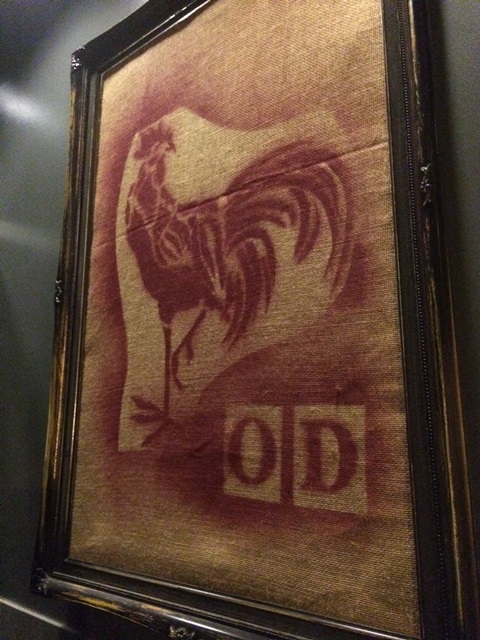 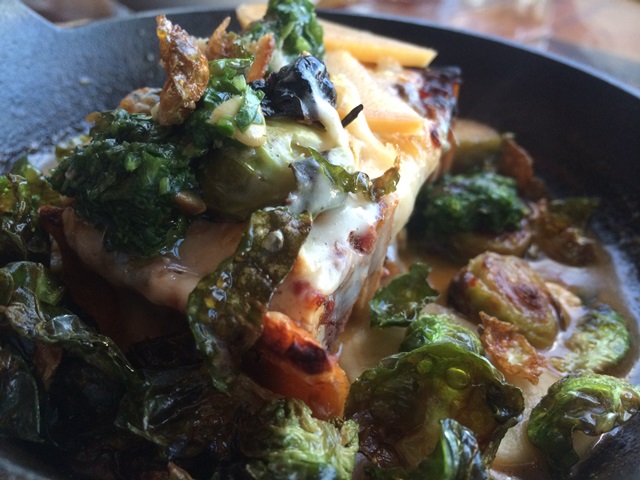 Later that night, I met up with some friends to dine at Odd Duck- located over the Colorado River off S. Lamar. Apparently this is the area that is known for their newly developed foodie hot spots. Odd Duck was designed perfectly, a little new age with country embellishment. This meal was unforgettable. Odd Duck restaurant and menu is inspired by the Texas seasons using local ingredients that showcase the loyal relationships between the chefs and the farmers built throughout the years. 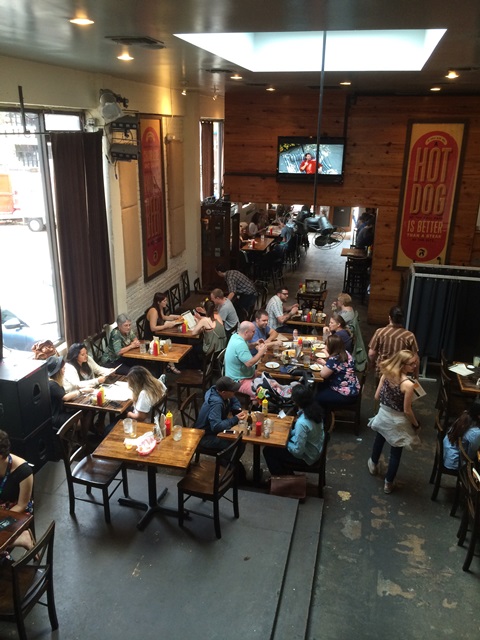 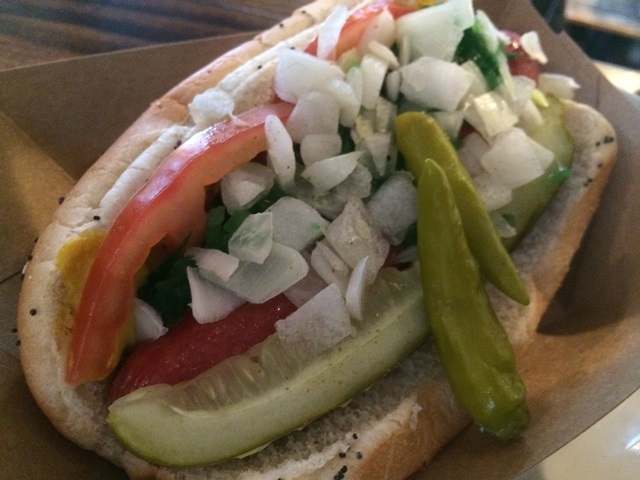 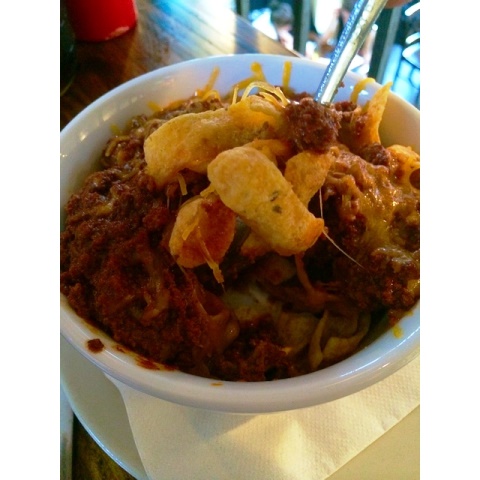 On my second day I spent some time alone to wonder the downtown area and set out to eat at Franks Hotdogs Purveyors of Artesian Sausage, voted “best hot dog” in Austin. All Frank Sausages are made in- house or locally for Frank by Hudson Sausage Co. What makes this locals’ treasure so brilliant for Hot Dogs or Artesian Sausages are the crazy toppings, and different ways you can create your dog.  Just check out the menu here and understand the possibilities of deliciousness. I had the Chicago Dog, made with a poppy seed bun, a 100% Vienna Beef dressed with pickle spears, tomatoes, onions, Day-Glo relish, sport peppers, celery salt, and mustard. 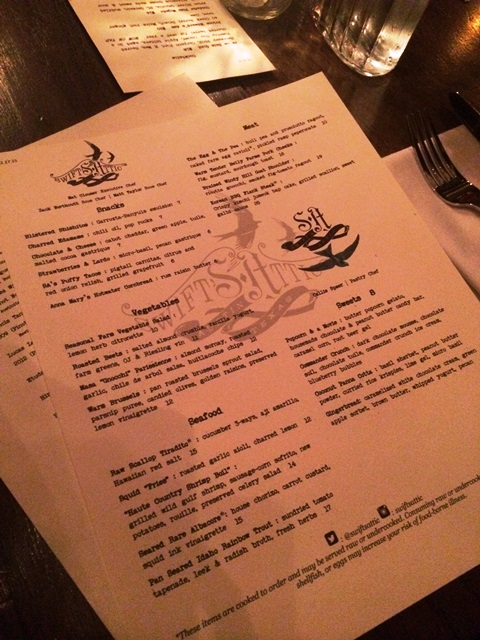 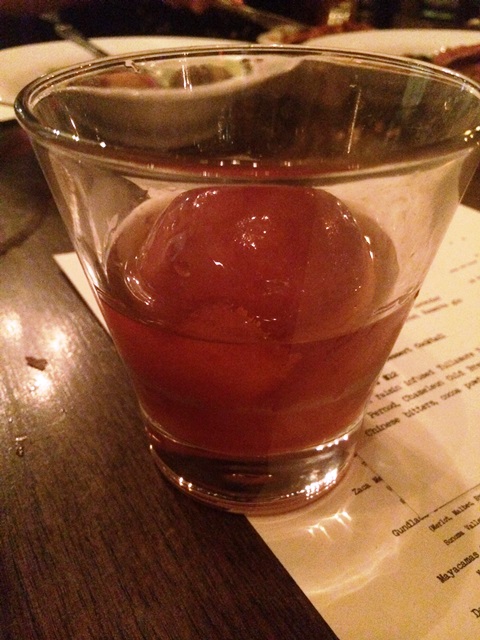 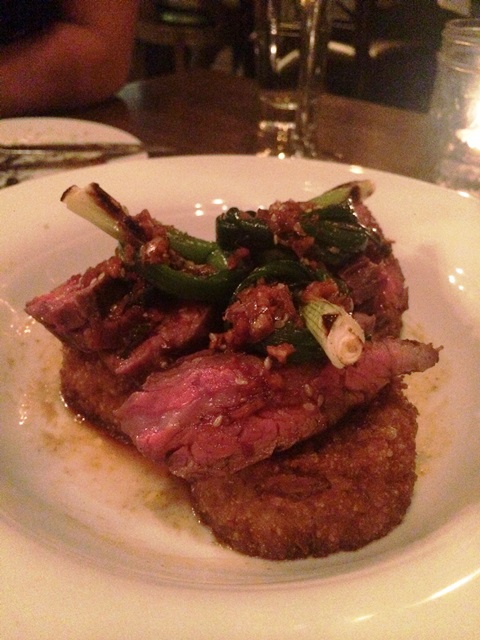 While I was in Austin I was lucky enough to try two other restaurants I had set my eye on while planning for this trip. The first was Swift Attic located right on Congress, a farm to table establishment known for their modern American small plates. The restaurant opened by C.K. Chin and Stuart Thomajan, offers an ebullient escape from the bustling city streets below, and the restaurant group has become “one to watch” among Austin diners. Now in its third year of service under the skillful hands of executive chef, Mat Clouser; sous chef, Zack Northcutt and pastry chef, Callie Speer; Swift’s shareable small plates menu has been warmly embraced on local, regional and national levels. 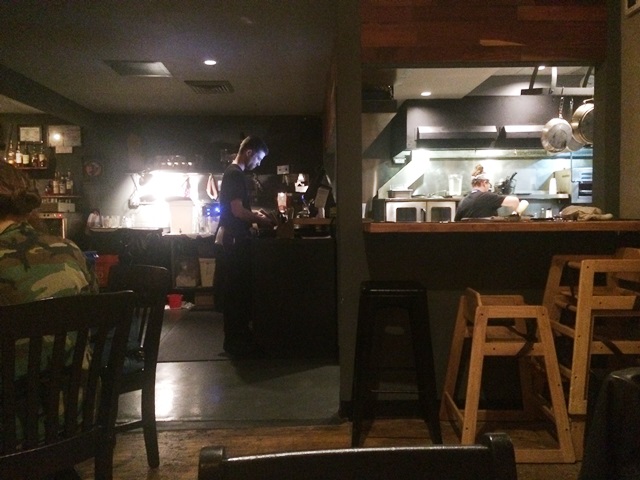 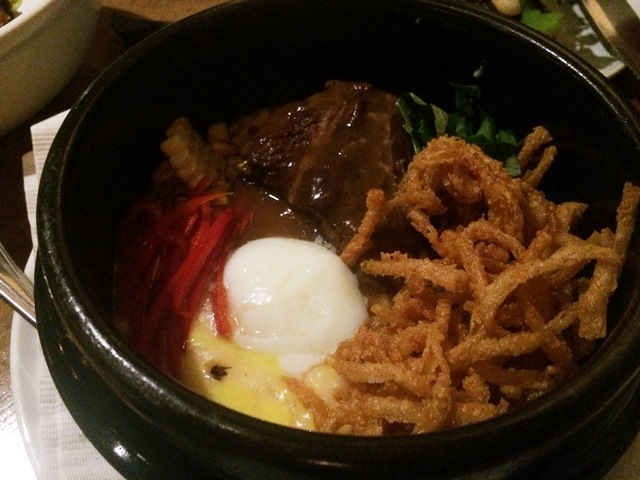 The second was Hightower Restaurant, located in East Austin.  Hightower features an impressive menu of diverse American comfort dishes with a Tex-Mex, Southern and Asian flare with flavors integrated in some of the most unique dishes I have tasted in Austin. A favorite was the braised short rib dinner dish with a soft cooked egg, served with stone ground grits, fried onions, corn, and pickled fresno. Hightower not only vaunts high quality, bold dishes, but has affordable prices. If you are visiting Austin, this must be on your food list. 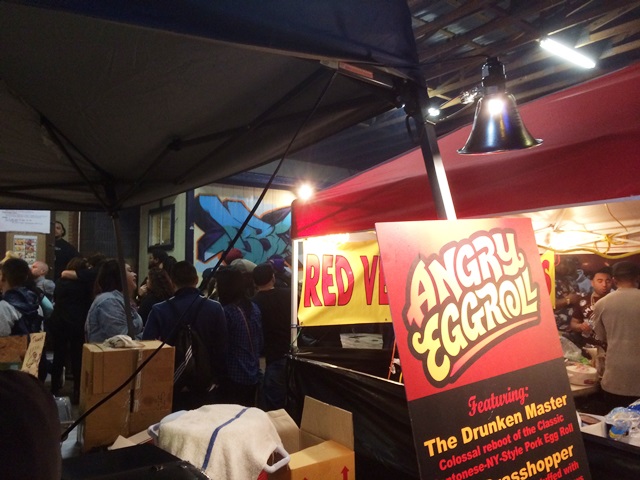 SXSW brings out the night crawler in everyone- just Sixth Street alone has changed in the past few years. Usually known for bands that are trying to meet scout agents, or become the new Dave Grohl or Willie Nelson, now are infiltrated with those handing out their CD rather than jumping on stage. The streets were clogged with people mustering up nonsense. However, amidst the crowds and Pedi cabs delivering people bar to bar, are trailer parks with filled with food truck who sit quietly for the masses to surround. Trailers such as The Angry Eggroll, Stanley’s Famous, La BBQ, Cilanterio, or Kababalicious are shut down after 60 minutes of opening. Food trailers in Austin are the moveable main stay chefs with the notable bites. There are no words for when you bite into something such as an extraordinary dish from an Austin Food Truck. I really do think it is the Food Truck capital of the US. 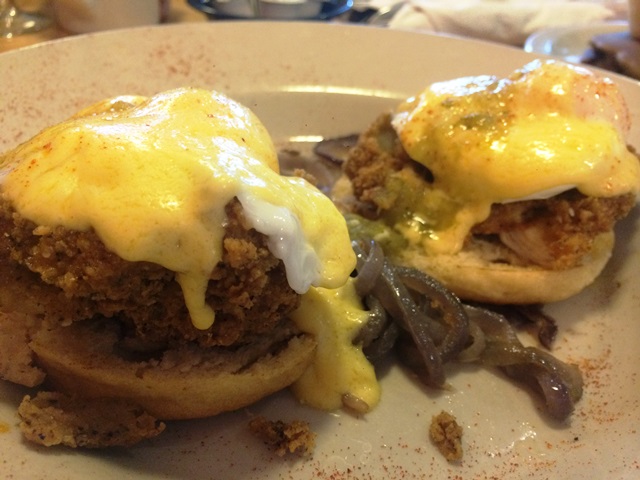 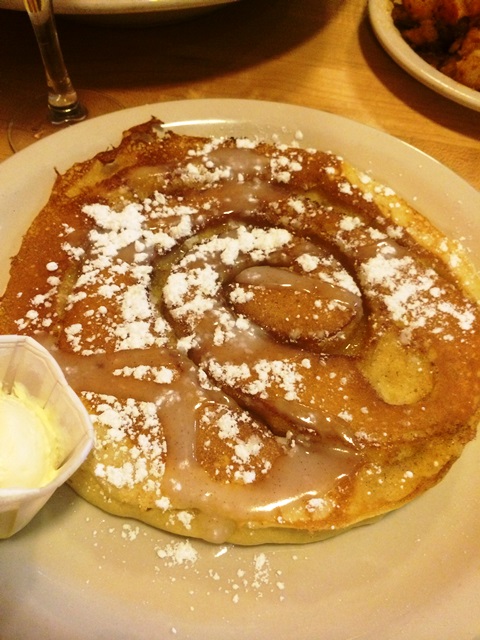 If you have made it 4 days like myself while consuming all that Austin has to offer- then you must understand that breakfast in Austin is just what you would want breakfast to always be- regardless of where you live. There’s just something about a good southern breakfast! A few of my friends who had moved to Austin from LA asked me to dine at Kerbey Lane, a breakfast chain only in Texas, known for their pancakes. Kerbey Lane opened up in 1980, and has 5 locations today. Kerbey Lane is proud to bring those in Austin local fresh ingredients that allowed the owners of Kerbey Lane to forge strong relationships with local suppliers, which allowed them to build menus around what local farmers had in season. Seasonal menus added variety, ensured freshness, and allowed Kerbey Lane to work with smaller local farms who might not be able to keep up with Kerbey’s volume year-round can find classics like buttermilk pancakes, bacon, burgers, biscuits and gravy, one of a kind Kerbey creations like Eggs Francisco, (an English muffin topped with scrambled eggs, bacon, tomato, avocado and then ladled with liberal amounts of queso)  along with a mix of internationally-inspired dishes including hummus and pita, Greek Chicken, seasonal pastas, and Tex Mex favorites migas and enchiladas. 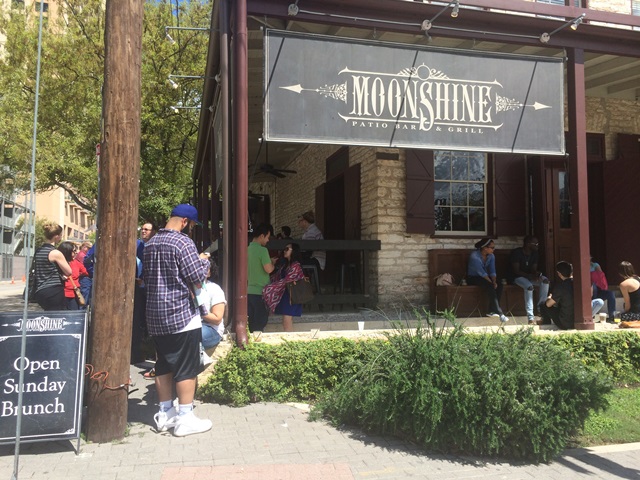 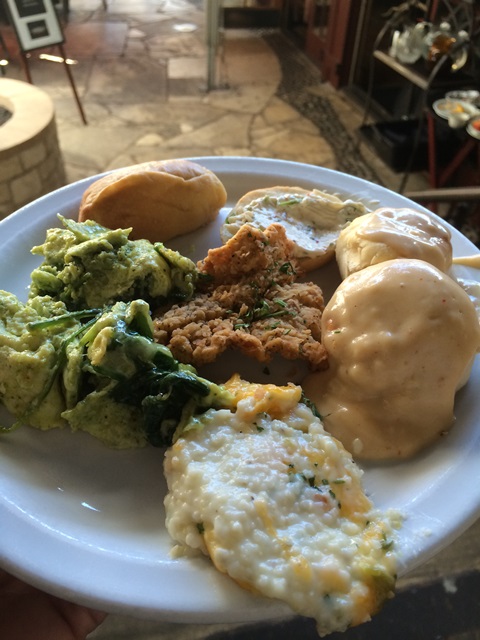 That leaves the second breakfast spot, one that I had been researching for some time- Moonshine Patio Bar & Grill, known for their award winning brunch on Sundays. Moonshine patio bar & grill is comfortable, familiar, relaxed, and easygoing, serving great dishes with an innovative take on Classic American comfort food. When I walked up to Moonshine’s there were more people filed in lines outside than a popular ride at Disneyland. The host then told me the wait was two hours. I was shocked, but determined. After only and hour a spot at the bar opened and since I was alone I got to jump the rest of the line, so I saddled up to the bar and dove into their all-you-care-to-eat buffet and Sunday drink specials. After three servings and a few deep breathes I had come to the realization that Moonshine patio bar & grill had been one of the best brunch spots I have dined at anywhere in America and something I highly recommend to anyone who finds themselves in Austin on a Sunday.

After 5 wonderful days it was time to leave Austin, this was my first visit to this great city but it definitely won’t be my last. If you are traveling to Austin- I highly recommend each of the restaurants I’ve mentioned. The other cool thing about Austin and their A List Food movement is that you never need a reservation at any of these wonderful establishments. There are no hassles (although there may be a wait) if reservations were not made, everyone is beyond friendly, and the prices are perfect! Austin- my new home away from home.