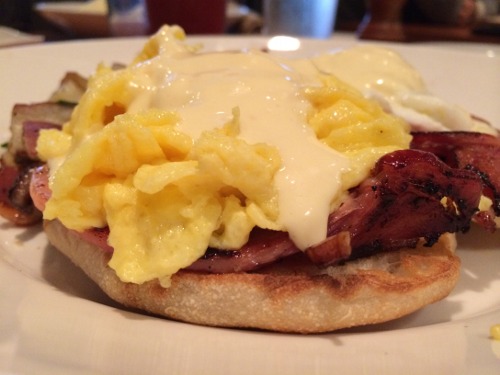 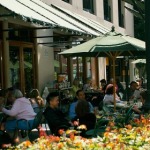 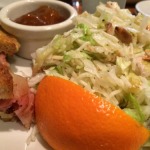 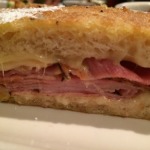 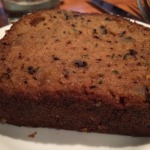 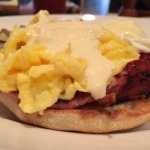 For those who were raised or lived in the San Gabriel Valley in the 1990’s knew a restaurant called Bennigan’s. Bennigan’s is an Irish pub-themed restaurant chain with locations throughout the United States, and in 14 countries and 15 territories outside the continental U.S. A destination similar to a modern day T.G.I.F. or Chili’s, but for me- it was the home of the Monte Cristo sandwich. I still have dreams of this sandwich. A Monte Cristo is a fried ham and cheese sandwich, a variation of the French croque-monsieur. The Monte Cristo at Bennigan’s was served with potato wedge French fries and choices of strawberry jam, orange marmalade, and a buttermilk ranch dressing. Unfortunately, in July of 2008 most Bennigan’s restaurants closed due to the decline of patrons in most locations- leaving the franchise to file chapter 7- bankruptcy. I was devastated. A place I would return to for this wonderful sandwich, but unique salads, tasty chicken tenders, and unremarkable burgers- is now closed.

Thank goodness for Green Street Café, the restaurant known for the Diane Salad. Another favorite childhood destination located in Pasadena, California. Since 1979, Green Street Restaurant is where Pasadenans go to enjoy breakfast, lunch or dinner. It is centrally located just off South Lake Avenue and is within walking distance of hotels, the convention center, the Pasadena Playhouse. If it is not enough that this restaurant created the Diane Salad that is sold in and licensed to Trader Joes Markets then I do not know what is. The Diane salad is most known for the original dressing that is honestly hard to describe. The salad can come as a full or half order, and most order it as their side order instead of French fries. Chicken, slivered almonds, crispy noodles, lettuce and a poppy dressing that exudes sweet and tangy senses- it is a must order. I have been noshing on the Diane Salad since I was a young child dining at Green Street Café. Whenever I am shopping at Trader Joes I refrain from ordering it, because nothing beats the original. Green Street is not only known for the Diane Salad, but the complimentary Zucchini Bread that comes complimentary before your meal.

When I eat at Green Street Café I try really hard to choose different items on the menu, but I always end up ordering the Eggs Benedict, The Monte Cistro, homemade potato chips, The all American Burger, and the BBQ Chicken Quesadilla, of course not all at once.

Going to Green Street Café and splitting the Monte Cristo sandwich with a side order of the Diane Salad, and eggs benedict. My sister loves the fluffiness of the scrambled eggs, so she orders one benedict scrambled, and I keep the poached egg. In addition- we order the mimosa which is a great pour, and just yummy. (Pictured Above)