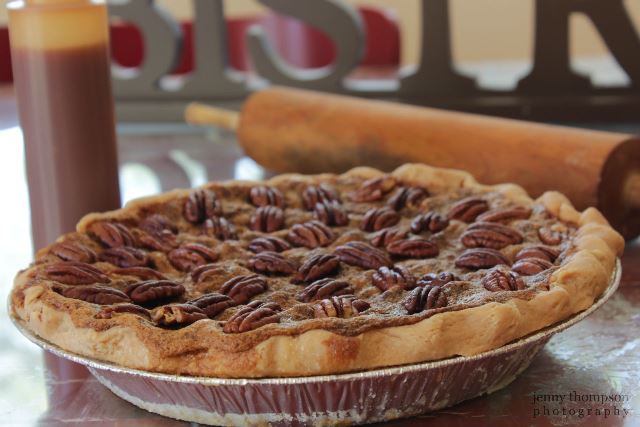 Have you ever heard of Bacon Bourbon Pecan Pie ? 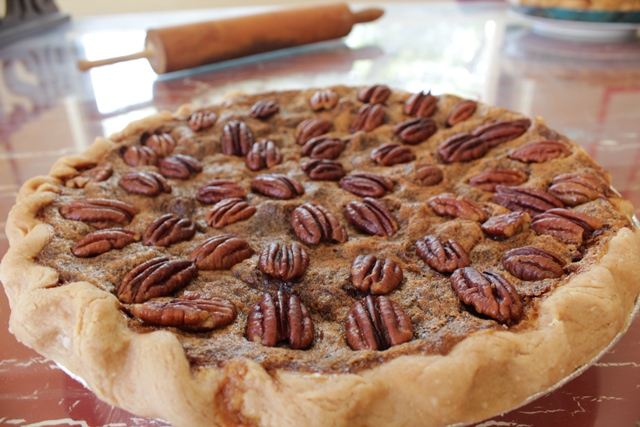 Bacon is considered one of the most versatile foods on the planet, with Americans eating an average of 18 pounds of bacon a year. That’s about 5,608,654,506 lbs. for the entire U.S., which is equal to the height of almost 8 Empire State buildings. Bacon, for those of us who love it, it can do no wrong. It is also not a passing fad. We have accepted bacon as a “flavor”, like root beer, peppermint or cherry. Bacon has moved beyond the plate as a mere side to a new platform.  Once Burger King introduced their Bacon Ice Cream Sundae to the entire country, it was realized that “baconnites” are not a small part of the population.  In 2012, Jack in the Box sold a Bacon Milkshake that was on their “secret” menu using a bacon syrup. The craze may have started with chocolate covered bacon at the county fairs, then started moving into chocolate starting with Visage’s Bacon Chocolate Bar and now there is bacon popcorn, bacon brittle, bacon cakes. There is even a website called “Bacon Freaks” and a “Swine and Dine” club featuring monthly shipments of bacon products along with a matching wine with a “Snouts Honor” label? There is Baconnaise Bacon Mayonnaise, and believe it or not.  Bacon Chocolate Covered Oreos exist, as well as Bacon Milk Chocolate Covered Twinkies sold by a company called Bacon Addicts sold through Amazon.  However, the question still stands- “how do we bake with bacon? “. The easiest way is to cook it either in the oven or in a pan, drain it, and crumble for use. If you are using bacon to flavor custard like crème brulee or ice cream, the bacon must be infused into the milk or heavy cream. The bacon, once again, is cooked, drained, and broken up into pieces. Thereafter, put into any chosen dairy, heated to a boil, and then left off the stove allowing the flavor to seep in.

Bacon Cotton Candy for the Brave

Simply process the cotton candy sugar with a few pieces of cooked and drained bacon extremely fine so the sugar can still be spun.