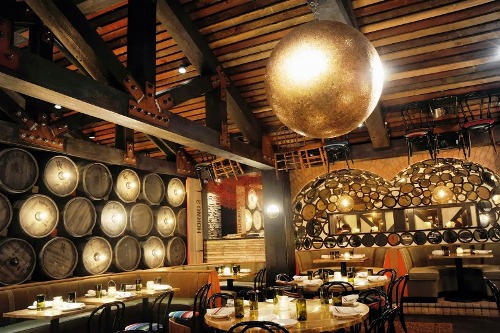 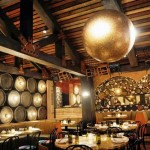 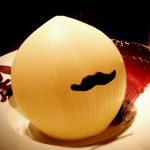 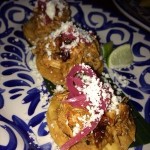 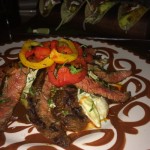 Have you ever been to the Dream Hotel in the Meat Packing District in Downtown New York? The hotel is beautiful, but it reminds me of Disneyland for adults. “Choose which line you want to wait in for a wild ride “- aka a nightclub upstairs, in the lobby, and thru the corridor- “take a pic”! Similar to the food in Disneyland, or at an amusement park- you are excited to eat high priced bites with average taste, while being entertained with all that is happening around you, this is Bodega Negra. Now do not get me wrong- The restaurant is fun, hip, and a hot spot at best, but the food was average.

I had bites such as carne asada tacos, the guacamole with extra jicama, the scallop ceviche, lobster tostitos, and the pork empanadas.

The best part of the restaurant is the cocktail program. What also made this restaurant fun with a group of friends or couples is that there is a large selection of incredible cocktails. Tequilas and Mezcal galore! Here are some that we ordered and kept ordering….

If you’re going to be in an adult Disneyland you might as well have all the bells and whistles of an adult amusement park- and what better than with fabulous cocktails prepared by the creators of Tao Group & Chef Michael Armstrong.

A dessert that was like a magic trick, The Don Huevo, a Dark Chocolate Molten Cake with Negra Modelo & Caramel Sauce. This is presented in a white chocolate balloon like- dome with a chocolate mustache on the outside, as the waiter presents the dish to the table, they pour over chocolate sauce and the dome opens up. Just like a magician pulls a rabbit out of a hat, after the dome opens up- in the center presents an astonishing chocolate molten cake. After the illusion is revealed- every nibble thereafter is scrumptious and sweet of course.